Starting at
$0.99 for 1 day
Get Started
View all rates
You have permission to edit this article.
Edit
Home
News
Sports
Entertainment
Obituaries
Photos
Videos
e-Edition
Classifieds
Best of 2022
Subscribe
Share This
1 of 14 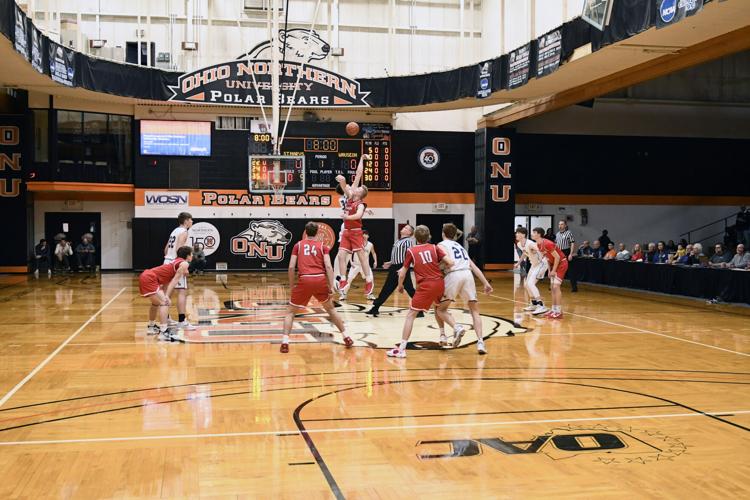 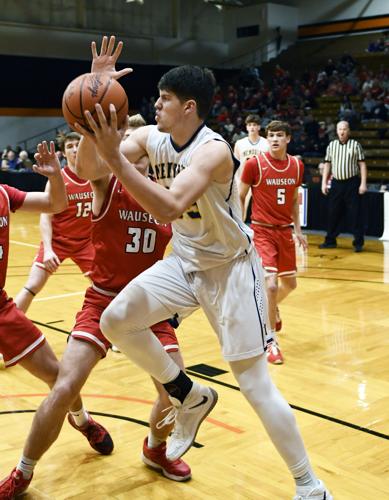 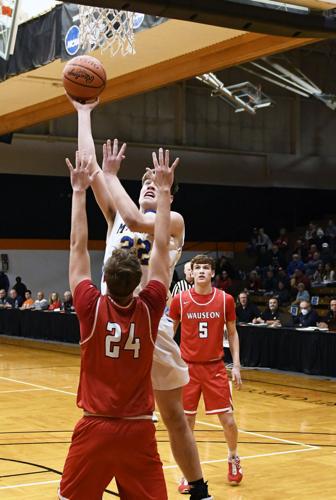 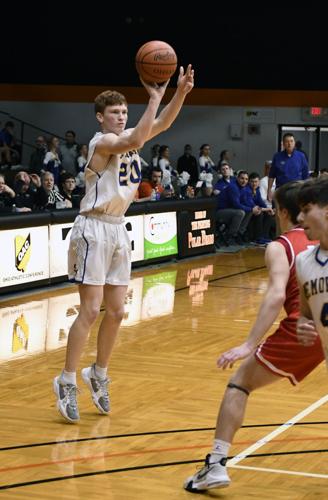 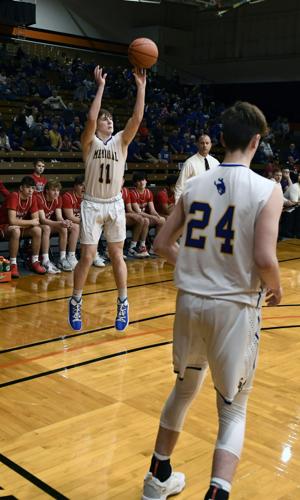 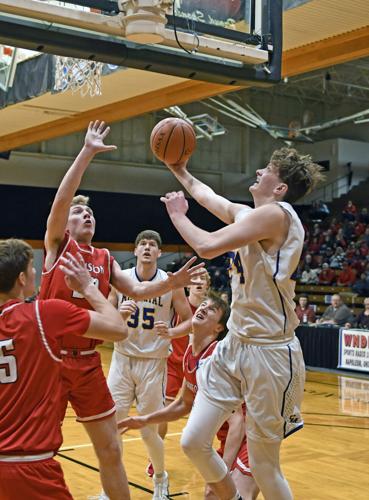 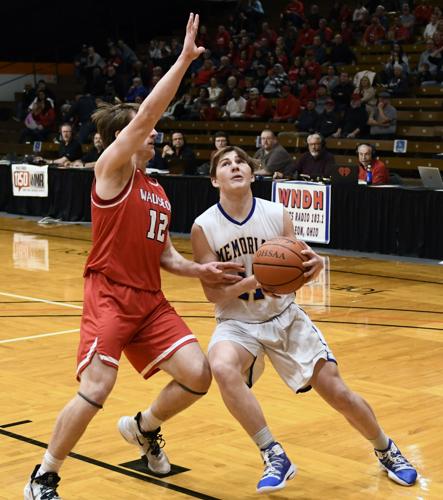 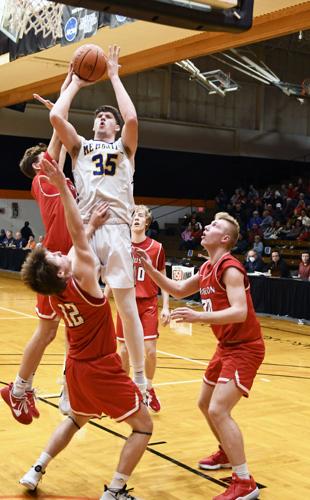 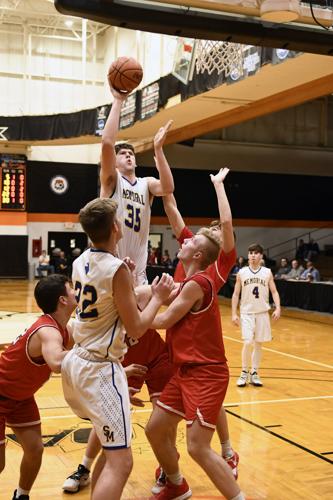 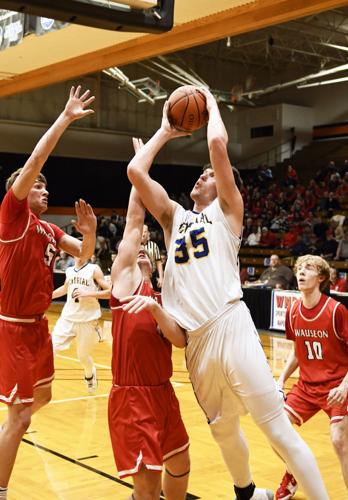 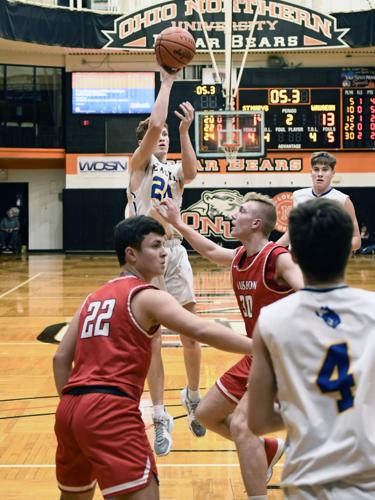 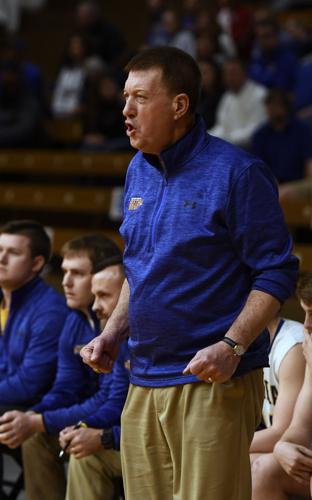 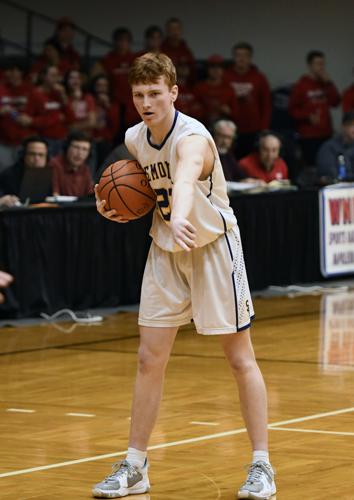 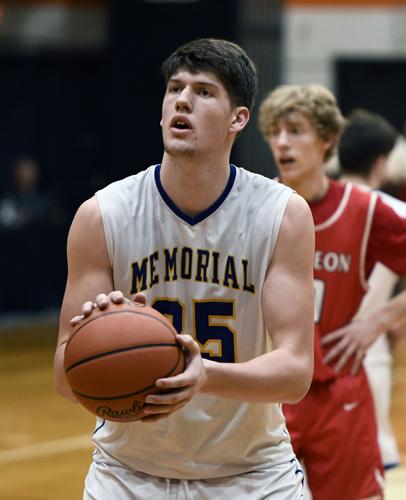 To survive in the postseason sometimes requires creativity.

St. Marys was able to adapt well enough on Wednesday, as they defeated Wauseon 48-38 in a Division II boys basketball district semifinal at Ohio Northern.

The Roughriders did so with big man and future Ohio State Buckeye Austin Parks having just seven points as foul trouble kept him on the bench for extended periods.

St. Marys had a small lead early on, and was still up by eight at the halftime break. Wauseon made a run near the end of the third to get within two points. St. Marys stretched it back out to start the final quarter and got a key three-point play by Angstmann to help seal the victory.

The Roughriders, now 16-7 on the year, will face Napoleon in the district final on Saturday evening. The Wildcats defeated Shawnee 59-44 in the other semifinal.

Coach Dan Hegemier said that "We've got to learn from this and let the offense flow." He noted that "we just have to be a little more patient. If we have the ball, the opponent can't score."

Hegemier noted that they chose to go with a matchup zone and "did pretty good for the most part."

Looking to the next contest, he said that the opponent does not matter. "We'll be ready for whoever it is," Hegemier said.