Starting at
$0.99 for 1 day
Get Started
View all rates
You have permission to edit this article.
Edit
Home
News
Sports
Entertainment
Obituaries
Photos
Videos
e-Edition
Classifieds
Subscribe
Share This 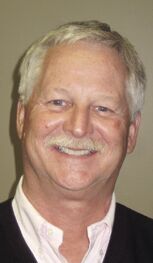 Current New Knoxville Village Administrator Rex Katterheinrich informed the village that he will be retiring from his position later this year.

Katterheinrich has served the village in some kind of capacity since 2010, when he was hired for the position to replace Jeff Eschmeyer, who resigned from that position earlier that year.