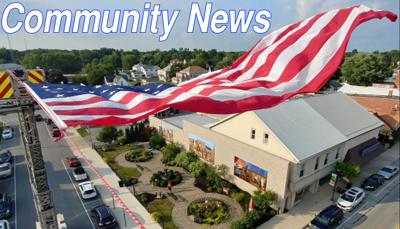 My•La’s Frozen Yogurt will be holding a fundraiser on Tuesday to benefit the families of two Wapakoneta teens involved in a fatal crash over the weekend. Patrons are encouraged to stop by the frozen yogurt shop between noon and 8 p.m. to purchase their favorite treats.

Proceeds from the sales will go directly to the two families that have been impacted.

According to the Lima post of the Ohio State Highway Patrol, at around 4:16 p.m. Saturday, a 2010 Pontiac G-6 was westbound on Fort Amanda Road when the driver, Layla N. Yoakam, 17, of Wapakoneta, went off the right side of the roadway and struck a fence, a pole and then a tree before overturning.

Yoakam was taken to Mercy Health-St. Rita’s Medical Center, where she was pronounced dead.

A passenger, Katelyn Rose, 16, of Wapakoneta, was taken to Mercy Health-St. Rita’s Medical Center for serious injuries. She was then transported to St. Vincent Hospital in Toledo, where she was listed in critical condition late Saturday.

What are your plans for Valentine's Day?