You are the owner of this article.
Edit Article Add New Article
You have permission to edit this article.
Edit
Home
News
Sports
Entertainment
Obituaries
Photos
Videos
e-Edition
Classifieds
Subscribe
Share This 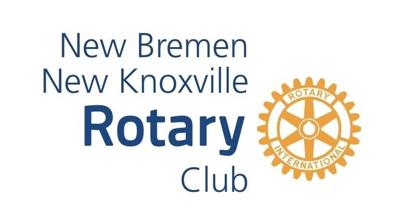 NEW BREMEN — Learning to adapt and roll with change has been a mantra for many businesses since the pandemic began last year.

Jason Monfort, owner of several McDonald’s in the area, said the biggest challenges he has faced is learning to not be as proactive as he has in the past.

“As a leader in business, you’re always trying to plan and be proactive but it feels like things now are so reactionary, and there’s so much change all the time, it’s very difficult to continue to move, weave and change all the different times,” Monfort told members of the New Bremen New Knoxville Rotary Club Tuesday during their weekly meeting. “For me personally, I think that’s been one of the harder pieces within all of this. Now, it seems like the whole world is sped up even more than it was before and now the planning and all those types of things are monthly and quarterly now, versus a couple times a year and annually.”

Monfort called the first six months following the orders mandated by the Ohio Department of Health “brutal,” saying that it wasn’t until around September when things started to turn around.

“They were really tough. Trying to understand what the aftermath of that was going to be,” he said. “It’s been a weird adjustment, just changing and evolving. Whether it’s the government giving demands down or McDonald’s giving demands down.”

He said staffing has been a struggle as well, adding that it’s forcing businesses to get innovative with its operations.

“We’re going to start hearing the word “artificial intelligence” a lot more. Those types of things are going to become a lot more mainstream than we want them to be,” he said.

What are you most looking forward to about spring?